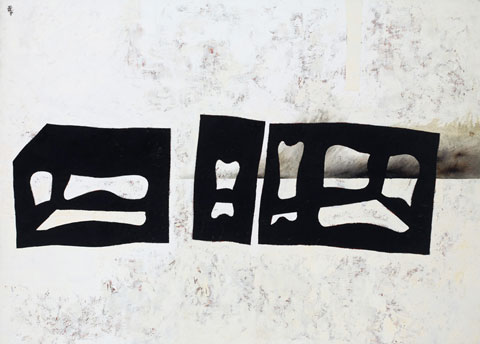 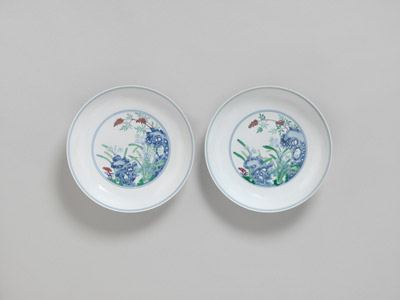 In addition, China Guardian (HK) Auctions Co., Ltd. (“China Guardian(HK)”) will introduce for the first time an exhibition and sales of important watches.

Hu Yanyan, CEO and managing director of China Guardian Auctions Co., Ltd., and China Guardian (HK) Auctions Co., Ltd., said, “The divergence between China Guardian Hong Kong and China Guardian Beijing is becoming more and more conspicuous. For the auction 20th Century and Contemporary Chinese Art coming up in Hong Kong, Hong Kong market attractions are shaped by an international outlook with masterpieces by Chu Teh-Chun, Liu Kuo-Sung, Ju Ming, Wang Huaiqing together with the Japanese artists Yayoi Kusama and Izumi Kato. More exploratory are the watercolours and ink works of Wang Chi-Yuan, a Republican Chinese artist living in the USA, in the category of ink art. For a change, Chinese aesthetics in the eyes of Westerners is revealed in the exquisite huanghuali classical furniture from a Belgian private collection. Also quite rare on the Mainland is dedicating an entire session to a single collector as in the case of the Muwen Collection. Thanks to our experts’ market sensitivity and our capability in garnering consignments, the lots presented by China Guardian Hong Kong have an increasingly international character to them.”

Chinese Painting and Calligraphy from the Four Seas
As always, the painting and calligraphic masterpieces presented this season originate from around the world. Totalling more than 300 in number, many of the lots are making their first appearances in the market and distinguish themselves with their prestigious provenance for being in the collection of a preeminent Japanese art historian, Wang Hsin-heng, who was a Chinese Republican senior statesman, Yang Chia-yu, who was board chairman of the Taiwan Power Company, Laurence Tam, who was the first chief curator of the Hong Kong Museum of Art, and Ts'o Tsun On, who was commandant of the Royal Hong Kong Auxiliary Police Force.

The highlight of this season is definitely Zhang Daqian’s Landscape after Shixi, dated 1948. The master has few surviving works in the style of Shixi, not to mention such a meticulous composition from his prime that betrays his familiarity with the tradition. Besides this rare gem, China Guardian is honoured to have won the trust of seasoned collectors in Taiwan, Hong Kong, Japan and North America that has allowed us to present collections previously unseen in the market. Some of the lots are painstaking masterpieces, speaking volumes about the friendships of painters and calligraphers from yesteryears.

Enlightenment from Beyond – Selected Paintings and Calligraphy by Wang Chi-Yuan
Literally meaning “bearing far-reaching effects”, “Chi-Yuan”, or jiyuan, is an allusion to Fuzi, a Confucian classic from the Jin dynasty, and refers to the importance of keeping one’s heart in the proper place. It was the name given to the renowned painter Wang Chi-Yuan from the Republican period. In addition to our usual fine selection of modern masters, China Guardian is reintroducing Wang Chi-Yuan to the collecting community in our aspiration to lead the market with scholarship and in our hope of restoring painters and painting bodies of the period to their former glamour.

Primarily watercolours, the 60 lots amassed for the latest auction come in an array of still-lifes, landscapes and figures. It is the hope of China Guardian that the reemergence of these masterpieces will bring about a better understanding of not just the artist but also art bodies active during China’s Republican period.

20th Century and Contemporary Chinese Art
Dedicated to the profundity of oriental aesthetics, the session is carefully designed with three special focuses. In the category of 20th century Chinese art, representative masterpieces by Chu Teh-Chun, Ju Ming and Liu Kuo-Sung will be showcased. In the category of contemporary Chinese art, there are tours de force by Wang Huaiqing, Cai Guoqiang and Xu Lei. An interesting novelty is the choicest selection of masterpieces by Foujita (Léonard Tsuguharu), Yayoi Kusama and Izumi Kato, who are invariably top Japanese artists by international standards. The aim is to enrich the tapestry of innovative oriental art while at the same time presenting Chinese art in the widest possible perspective. Among the lots, Yayoi Kusama’s “Still life”, an early work from the pumpkin series, is richer in content and gayer in colours when compared with the artist’s single pumpkins, and promises to be a coveted lot with its classic polka dot pumpkin and onions against a background of nets.

Boasting rare early masterpieces of excellent provenance by renowned artists, this upcoming spring auction adopts oriental aesthetics as its theme and is intended for bringing an elegantly refreshing visual and sensual experience to collectors from all corners of the world.

Chinese Ceramics and Works of Art
Good taste and exquisiteness continue to underlie this year’s auction of a wide selection of Chinese ceramics, jades, studio objects, bronzes and Buddhist images. To go under the hammer are fine ceramics from the Ming and Qing dynasties and ancient kilns, jades carved into plagues and pendants, studio objects and bronzes from the imperial palace, and, last but not least, works of aloewood and eaglewood. Aloewood was loved by ancient aristocracy for their ethereal fragrance and as a symbol of privileged status. Aloewood of the top grade, known as eaglewood, is even warmer in character and emits a fragrance that is unsurpassed. During the Ming and Qing periods, the imperial household would order for works of eaglewood to be crafted so as to personally experience the pleasure.

The highlight of this season will most likely to be on the fine and rare pair of doucai “longevity” dishes. Then reaching its pinnacle, the doucai ware of the Yongzheng period stands out for its elegant form and refined daintiness. As a rare and exquisite example, the pair on offer this time captivates with its appealing form, fine body, pastel glaze and fluid brushwork. It was previously in the collection of Chao Tsong-yea’s family and the Shimentang Collection but disappeared from the market altogether following their sale at the 1986 autumn auctions of Sotheby’s Hong Kong. Its availability as a complete pair this quarter will surely be a sensation.

The cinnabar lacquer “four seasons floral” four-fold screen, exceptional for its large size, thick lacquer and elaborate carving, is also not to be missed. Set within a frame of peony sprays, the panels borrow their themes from flowers of the four seasons. Corresponding to one of the four seasons, each of the panels features a vividly carved seasonal flower accentuated by straggly sprigs, rockeries, shrubs and the likes against brocade patterns denoting either the heavens or the earth. The superb and sophisticated design and techniques demonstrated are no doubt typical of the imperial style of the Qianlong reign. The new master of such a rare treasure will naturally be the envy of all.

Radiant Ancient Glorious Bronze – Collection from Muwen Tang.
Another special session this quarter is Radiant Ancient Glorious Bronze – Collection from Muwen Tang.  China’s bronze culture dates back thousands of years. As known from ancient Chinese literature, sacrificial activities and warfare were top on the agenda of ancient governments. It follows that the flourish and decline of bronze art were closely connected with the ritual system adopted by different political entities. With warfare came bronze chariots, harnesses and weapons. In ancient times, as emblems of the owner’s aristocratic origins, weapons were produced with state-of-the-art techniques such as openwork and inlay for exuberance. Hence, more than just weapons, these were indispensable ritual bronzes for any army.

Wars were waged in so different a fashion from ours that chariots, harnesses and combat weapons formed an important category in bronze culture. By the Warring States and Qin-Han periods, with chariots exiting the scene, it was infantries and cavalries armed with crossbows that determined the outcome of a war.

The bronze culture of the Pre-Qin period encompasses the making of not only bronzes but also gold and silver ware. Culturally speaking, informed also by far-away exotic regions, the bronze culture of China Proper actually embodied Chinese culture over a vast area and a long period of time. Utilitarian as well as artistic, Chinese bronzes are remarkable works of art and technology and are, at the same time, relics of immense historical and cultural importance.

Memories are still vivid of China Guardian’s auction "Lingering Admiration of Classic Beauty" in which all 70 pieces of Ming furniture on offer from the same collection were sold, realizing a total of RMB 248 million, in the spring of 2011. This was followed by the sale of a huanghuali folding chair, also from the same collection, for over RMB 23 million after fierce bidding in autumn, 2014.